The Swagtron Swagger 5 is Swagtron’s third electric kick-scooter model and they ventured into the niche after delivering high-quality hoverboards for over a year, selling high volumes of units with very few complaints.

But their first electric scooter didn’t really hold up to the quality that customers were used to and with a rated distance per charge that was about 200% of what it could deliver in real life. Need I say more, it was not a home run. Since then they’ve fixed up the first Swagger model and its performance specification.

The Swagger 5, however, have a much more mixed feeling to it. It looks a lot like the popular Mijia electric scooter from Xiaomi that we reviewed a while back. A high-quality scooter that has gained a lot of traction lately.

If the Swagger 5 would not only have the looks, but also a similar performance to the M365. Well, then we would have a real bargain on our hands.

Without further ado, let’s rip this thing apart and see what it has to offer. 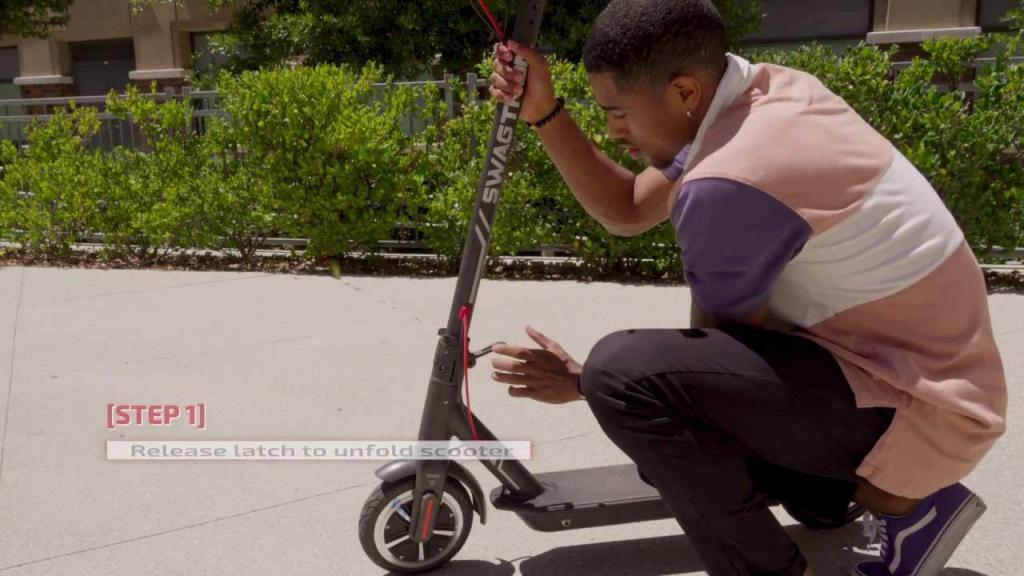 The Swagtron Swagger 5 looks like a cheap knock-off the Xiaomi M365. However, it doesn’t have the exact appearance and going down this route might actually have been intentional. The M365 is a popular model which has proven itself to be very useful and since Swagtrons first two attempts to conquer the electric scooter market went wrong, perhaps getting inspired by other successful scooters is the way for them to leave that track record behind.

Later we’ll talk more about what sets these two scooters apart both cosmetic and performance wise.

The Swagger 5 boasts a 250W front hub motor, said to reach a top speed of up to 18 mph. Their sentry shield lithium-ion battery is said to provide a maximum distance per charge of 11 miles. We’ve seen these overestimated numbers before from Swagtron, so I didn’t trust them upfront.

Fortunately, they did not multiply their values by 2 this time. Even though I never actually reached the advertised 11 miles per charge, I did get close to it and a few miles less than what is promised is absolutely normal.

Just like a car manufacturer testing their models on an F1 race track to get the gallon/mile, electric scooters are tested under optimal conditions that aren’t available in the real world.

It has 3 different gears to choose from making it very versatile. Even though it is advertised as functional for someone up to 320 lbs I wouldn’t recommend it to those above 200 lbs.

A distance of up to 11 miles per charge

Can tackle slopes up to 10 degrees

Up to 3.5 hours recharge time

The Swagger 5 isn't as good as the M365 from Xiaomi. However, it does provide a similar riding experience apart from not having the same amount of power. It is a good looking scooter that will do an excellent job for those who doesn't have to get further than 6-9 miles on a single commute.

It provides you with a nice ride in comparison to what you pay. Since its performance and quality isn’t as good as the M365, pricing it a few hundred bucks below was a good choice by Swagtron.

The tubeless pneumatic tires reduce your chances of getting a flat, but it also means that if you do get a flat, you will have to order a new rubber tire and cannot just head down to your local bike shop to pick up a new tube.

The inflatable tires provide decent shock reduction while riding on rough roads. However, it didn’t handle off-road riding well and after just a few seconds it got a bit too bumpy for my taste.

On the rough streets of Sweden, it did perform very well and I almost got 9 miles out of it riding in second gear with minimal inclines.

For me personally, nothing below 15 mph is fun riding. Probably because I have been very spoiled with riding some of the fastest models available. Going into the lower gears on these scooters just aren’t my cup of tea.

I did a number of test rides and in the highest(3rd) gear I got a solid 6 miles out of it before I had to put it back into the charger.

The maneuverability on the scooter is nice and it folds down and locks into the rear wheel cover in order to increase its stability in a folded position. It has a nice looking screen similar to that on the M365 but a bit wider. On the screen, you can see real-time driving data and how much juice you’ve got left.

The mobile application works as intended and with it, you can personalize the scooter to your liking. The best part is that you can limit the speed to your liking, making it a good model for the teenager.

And, we also ranked it as one of the best electric scooters for adults in our most recent article.

Friendly reminder: There have been complaints on an issue where the motor stopped working. It has to do with the cruise control and can be easily fixed by following our guide. 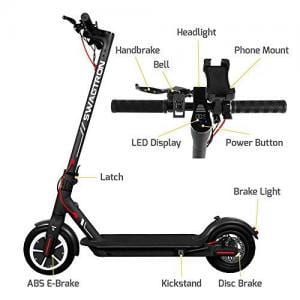 Surface: Flat surface with some elevation

If you think the Xiaomi Mijia electric scooter is too expensive but you like its style. Then the latest addition to the Swagtron electric scooter lineup, the Swagger 5, might be the solution to your problem. For a few hundred dollars less you can get a similar-looking scooter with just as smooth of a ride, but with less power. But hey, you get what you pay for.

If none of the scooters fit your needs, I bet you can find the right ride for you in our scooter comparison list.

$749.99
Added to wishlistRemoved from wishlist 0